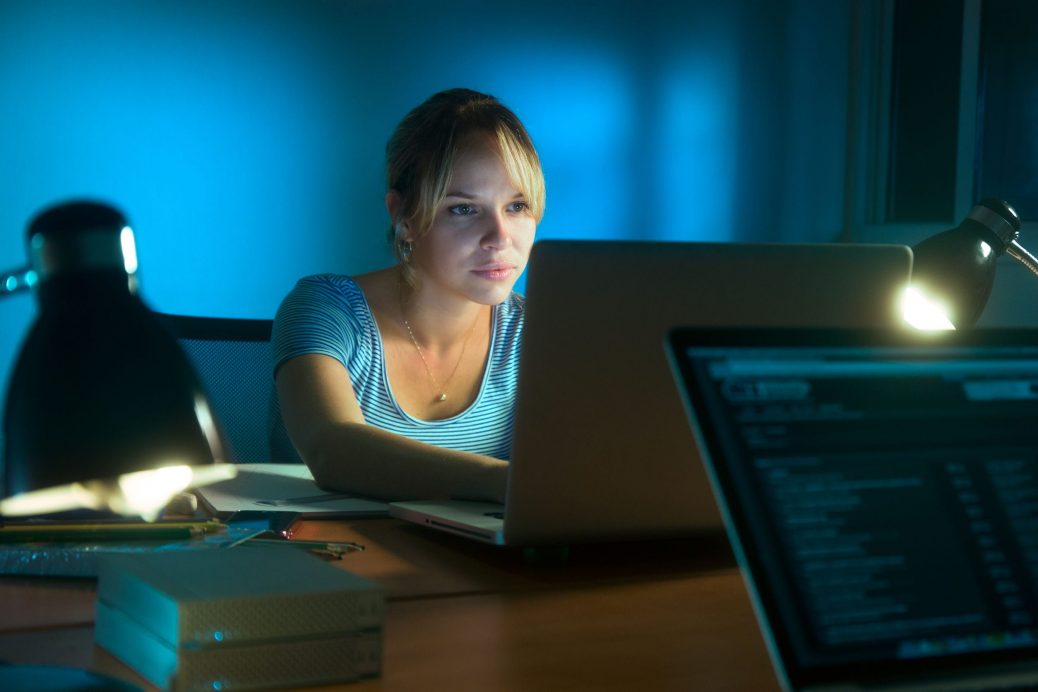 Are you one of the 1.5 million Brits taking sleeping tablets because of sleep problems?   Poor sleep and constantly working overtime leads to fatigue, reduces short-term memory recall, irritability, anxiety and lack of focus.

Harvard brought out some interesting research recently around the subject of light and its effect on sleep.

Light at night is bad for your health, and exposure to blue light emitted by electronics and energy-efficient light-bulbs may be especially so.

It is now known that all light but in particular,“blue light” (from TV, mobile, laptop and tablet screens) interferes with sleep. Worse, research shows that it may contribute to the causation of cancer, diabetes, heart disease, and obesity.

Blue wavelengths—which are beneficial during daylight hours because they boost attention, reaction times, and mood—seem to be the most disruptive at night.

Everyone has slightly different circadian rhythms, but the average length is 24 and one-quarter hours. The circadian rhythm of people who stay up late is slightly longer, while the rhythms of earlier birds fall short of 24 hours. Dr.Charles Czeisler of Harvard Medical School showed, in 1981, that daylight keeps a person’s internal clock aligned with the environment.

Study after study has linked working the night shift and exposure to light at night to several types of cancer (breast, prostate), diabetes, heart disease, and obesity. All light can suppress the natural production of melanin which is the hormone which historically kicks in with sunset but blue light seems to be the most powerful suppressor of all.

Even dim light can interfere with a person’s circadian rhythm and melatonin secretion. A mere eight lux—a level of brightness exceeded by most table lamps and about twice that of a night light—has an effect, notes Stephen Lockley, a Harvard sleep researcher. Light at night is part of the reason so many people don’t get enough sleep, says Lockley, and researchers have linked short sleep to increased risk for depression, as well as diabetes and cardiovascular problems.

What you can do?

Use dim red lights for night lights. Red light has the least power to shift circadian rhythm and suppress melatonin.

No electrical gadgets or gizmos in the bedroom.  Use a battery alarm clock.

If you work a night shift or use a lot of electronic devices at night, consider wearing blue-blocking glasses.

Expose yourself to lots of bright light during the day, which will boost your ability to sleep at night, as well as your mood and alertness during daylight. eg, go for a walk at lunchtime – make yourself take a break.

To find out more about restful, replenishing and renewing sleep, www.ruanebioenergetics.com   for sleep test: