How Some Countries Support Female Empowerment 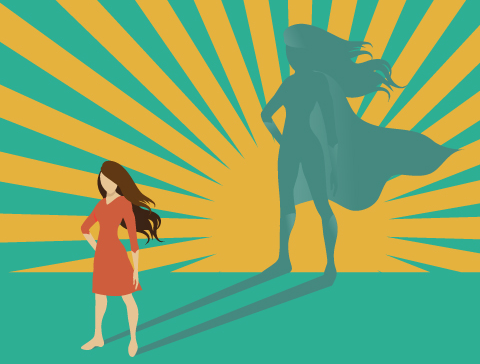 In the United Kingdom there is a lot of support for women in business and entrepreneurship from private groups and clubs, just like the Global Woman Club, and the country is generally very open-minded in the aspect of women empowerment. But compared to the USA the government is still less supportive of women fulfilling their business dreams. The UK is still lacking a Women Business Act like the USA had for decades, which provides a basis for policies, programs, public and private sector initiatives supporting women’s business efforts.

Despite this, female entrepreneurship in the UK is growing, even though they are still less likely to be funded than their fellow male business partners. More than 2 million British women want to work independently and be their own boss by this time next year. As soon as the government will issue a similar act to support women in business, the numbers in Britain will go through the roof, with all the drive and passion that is already present within the female entrepreneurship in the country.

In Germany the empowerment of women has always been quite present through the female leadership of government in the country, but there is still a lot of room for improvement. In 2016 the Act on Equal Participation of Women and Men in Leadership positions in the private and the public sector, came into power and with it 3.500 companies set targets for increasing the numbers of women on their boards and at management levels.

Germany also has the “Frauen-Karriere-Index”, which translates to women’s career index, and includes awards given to companies with outstanding measures taken to support women in higher positions in their companies, motivating and inspiring more firms to encourage female leadership. All over the country it is very open-minded and supportive of female entrepreneurship and promotes a lot of other things that go hand in hand with this, such as ending violence against girls and women and stricter transparency laws to control the pay gap between male and female employees. Germany also supports developing countries to acknowledge the power of women in politics and the economy and encourages more female employment in those countries.

In China, female entrepreneurship and wealth has grown rapidly over the past few years, from nothing to six out of the ten richest self-made women coming from China, and Hong Kong especially. This mind-blowing increase is related to China’s general wealth boom, increasing the chances for everyone to successfully launch their own business. Also, the industrial restructuring, that changed the economy’s focus to the service industry, which brought wider options for women and opened sectors where “female” advantages were more needed. Women in China also have less pressure of raising and bringing up children, and the maternity leave only consists of three months, where afterwards a lot of children are taken care of by their grandparents while their mothers go back to work. Even though China has experienced a period of great growth in female entrepreneurship, the generation that lived through this is now getting closer to retirement and younger business start ups are not on the rise, making the outlook for the female empowerment of the country not bright. However, we will see what might happen over the next few years and how the women in entrepreneurship develops in countries that provide strong support.